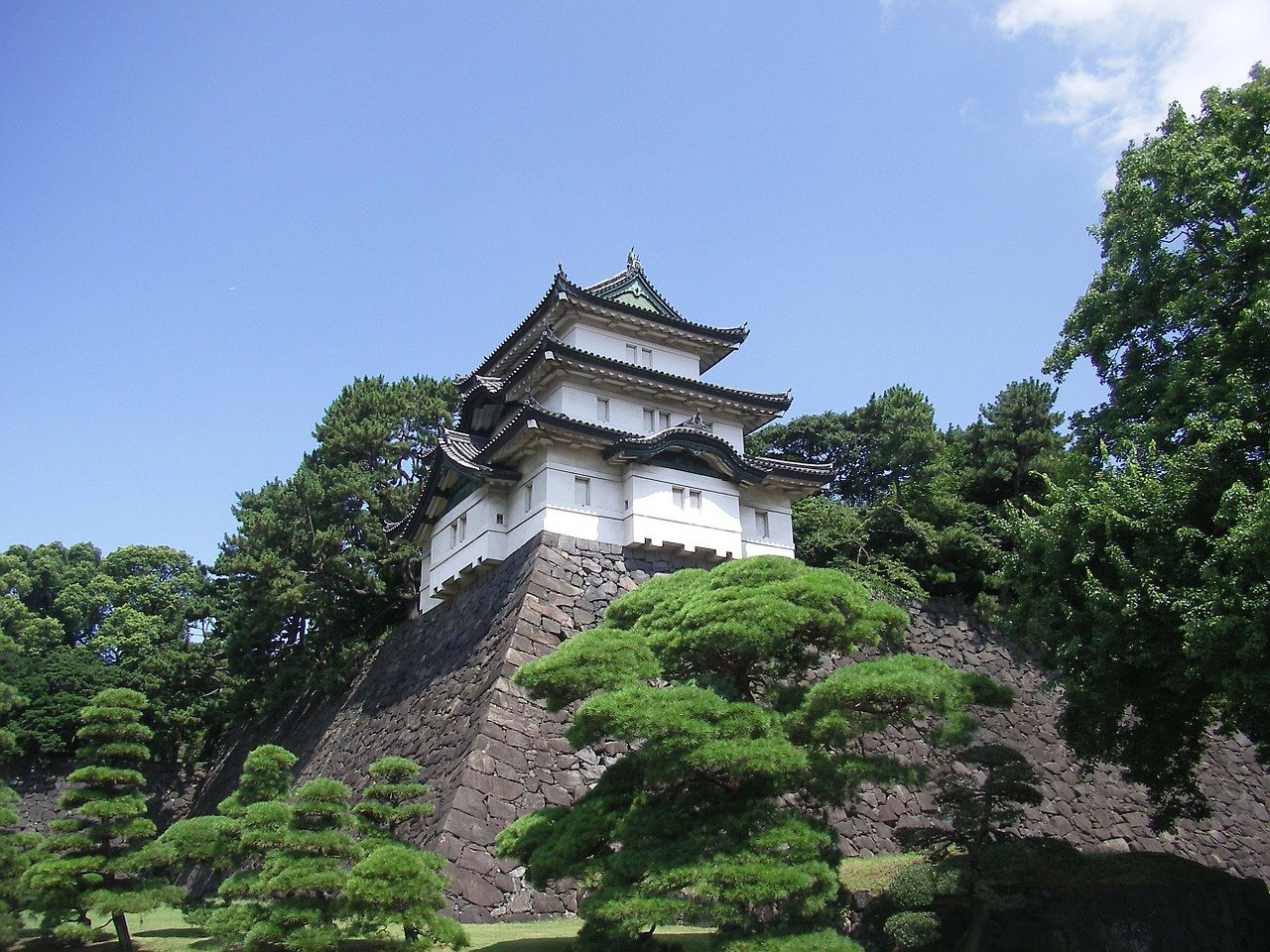 The Tokyo Imperial Palace or Kōkyo (皇居) is located right next to Tokyo Station and is the official residence of the Japanese imperial family. The current Imperial Palace is located on the former site of Edo Castle, a large park surrounded by a moat and huge stone walls in central Tokyo.

Edo Castle was the seat of the Tokugawa Shogun, who ruled Japan from 1603 to 1867. In 1868, when Japan opened to the world and the shogunate ended, the imperial residence was established in Tokyo and the castle walls and grounds were used to build the imperial palace, although the castle tower, destroyed by fire in 1657, was never rebuilt. In 1888, the construction of a new imperial palace was completed. The palace was destroyed during the Second World War and then rebuilt at the same rate.

From Kokyo Gaien, the large square in front of the imperial palace, visitors can see the Nijubashi, two bridges that form an entrance to the palace. The stone bridge in front is called Meganebashi (Eyeglass Bridge) for its appearance. The bridge at the back was a two-level wooden bridge, hence the name Nijubashi (double bridge).

The interiors of the palace are not usually open to the public. Only on January 2 (New Year’s Day) and December 23 (the emperor’s birthday) can visitors enter the palace and see members of the imperial family making various appearances on the balcony.

In addition, guided tours of the palace attractions are offered the rest of the year, but they do not allow entry into the buildings. The tours last approximately 75 minutes and take place daily at 10:00 am and 1:30 pm, except on Sundays and Mondays. Advance reservations can be made at the Imperial Household Agency, but it is also possible to register the same day before the tours begin on the Kikyomon portal.

Next to the inner area of the palace are the East Gardens of the Imperial Palace, which are open to the public year-round.