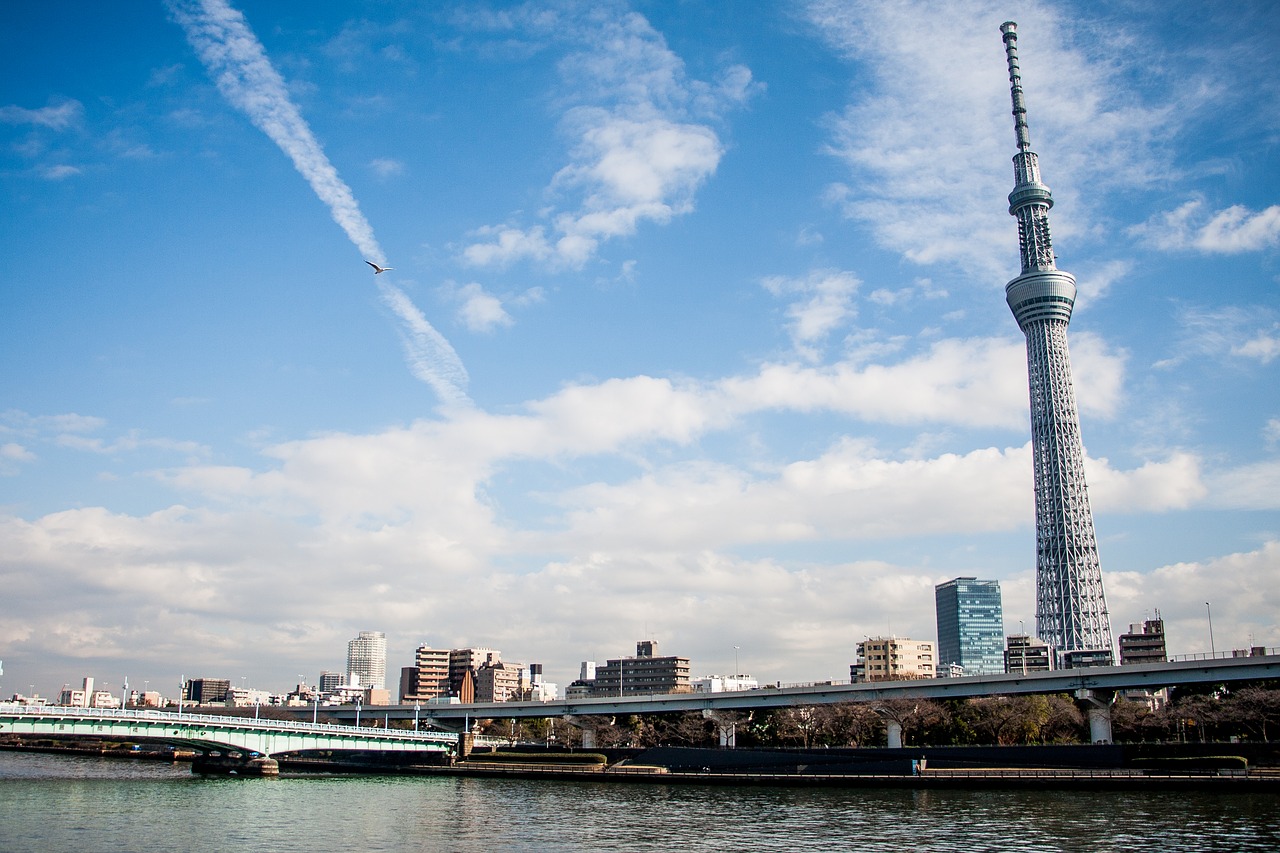 Tokyo Skytree opened in May 2012 and has become a major symbol of Tokyo, which is the center of Tokyo Skytree Town, which also includes Tokyo Solamachi, a complex with many stores and restaurants, as well as an aquarium and planetarium.

The Tembo Deck, located 350 meters above ground, is spacious and offers a 360-degree panoramic view of the entire Kanto area from the large glass panels that rise more than 5 meters high. 100 meters above, 450 meters above the ground, is the Tembo Galleria, with a 110 meter long glass floor. Similarly, the figures marking SoraKara Point, located at the highest accessible point (451.2 m), seem to float in the sky. A tower that, for us, is also one of the 8 best viewpoints in Tokyo.

This Tokyo Communication Tower is not only the tallest structure in all of Japan at 634 meters, it is also the tallest communication tower in the world. It is taller than the TV tower in Guangzhou and only the Burg al Khalifa in Dubai is taller.

Be sure to try it out for an incredible feeling.

The development was motivated by the fact that the 333-meter Tokyo Tower, surrounded by skyscrapers, was insufficient to provide full coverage of the digital TV signal, so a new tower was needed. So in July 2008, construction began on the massive tower designed by Nikken Sekkei Architects.

There is a curious story about the height: the Tokyo Skytree was originally planned to be 610 meters high. But when the Canton Tower reached that height, officials decided they didn’t want a tower that wasn’t the tallest in the world. So they modified the original plans by adding another 24 meters to the antenna.

How to get to the Skytree

Below are the different ways to visit the tower for individual travelers.

Same day tickets can be purchased at the 4th floor ticket office. On busy days (usually when the waiting time exceeds one hour), visitors will be given a 30-minute slot during which they can enter. On busy days, same-day tickets may be sold out (maximum limit is 10,000 per day). With Skytree Fast Ticket: Skytree Fast Tickets are a special type of ticket for foreign tourists (and Japanese accompanying foreign tourists). They are more expensive than regular tickets, but allow holders to skip the line and go up the tower without waiting time. Tickets are sold at a separate ticket booth on the 4th floor. A passport is required at the time of purchase.