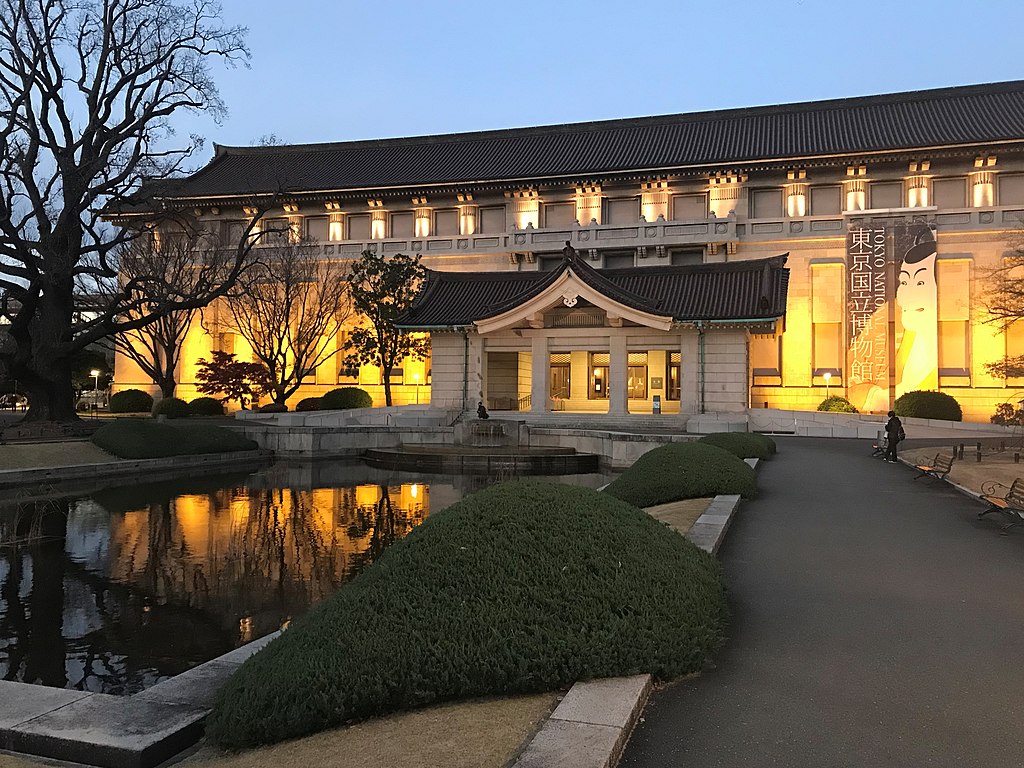 The largest and oldest museum in Japan, the Tokyo National Museum has an impressive collection of 89,000 objects! Art and archaeology are the two main themes and the treasures have been collected from all over Asia.

Four buildings house the exhibits. The Japanese objects are in the “Honkan” building. This is the building in the middle as you enter through the main doors.

Once inside the Honkan building, take heart. Despite the general lack of signs outside, the explanations in English inside are really good. In addition, maps and guides in English are available at the information desk.

The ancient Japanese pottery is the first one. If that’s what you’re looking for, you’ll be interested in the fact that some of the pieces on display date back to 2500 BC! If not, persevere, it’s worth it, the samurai warriors will be your next encounter. Superb armor awaits you, as well as frighteningly sharp swords! A little further on, violence gives way to the quieter aspects of life – colorful kimonos, more black than black lacquer and a beautiful collection of traditional paintings and calligraphy.

From the Honkan building, it is possible to go to the Heiseikan building. In this building, believe it or not, dating back to 7000 BC, is what is said to be the oldest pottery in the world! Be prepared for the crowds! This building also hosts special exhibitions, which are always very popular. Your general admission ticket covers you.

The Toyokan building is next on your list. Alongside some Egyptian mummies, you’ll find displays of art and artifacts from Asia and the Middle East. You’ll find ancient limestone sculptures from China, textiles from Indonesia and a gold crown from Korea dating back to the 5th century.

If you haven’t run out of time yet, make a quick stop at the Horyuji Homotsukan building. It houses the treasures of Horyuji, one of the most important temples in Japan. The exhibits include bronze statues and special ceremonial masks. There is also a reference room to access the museum’s digital archive.

Finally, after seeing everything inside, take a look at the outside. The Hyokeikan Building (not always open to the public) is an example of late Meiji era architecture. Built in the early 19th century, the style was clearly copied from the west. However, as the 20th century progressed, the blatant imitation seemed to fall into disuse. The more traditional-looking Honkan Building was actually built in 1937! The other three buildings present no surprises. Love them or hate them, they are good solid examples of modern Japanese architecture today.

How to get there

Take the JR Yamanote Line to JR Ueno Station. Leave the station at the Park exit. Once in the park, follow the signs.

Time of visit between 3 to 4 hours.